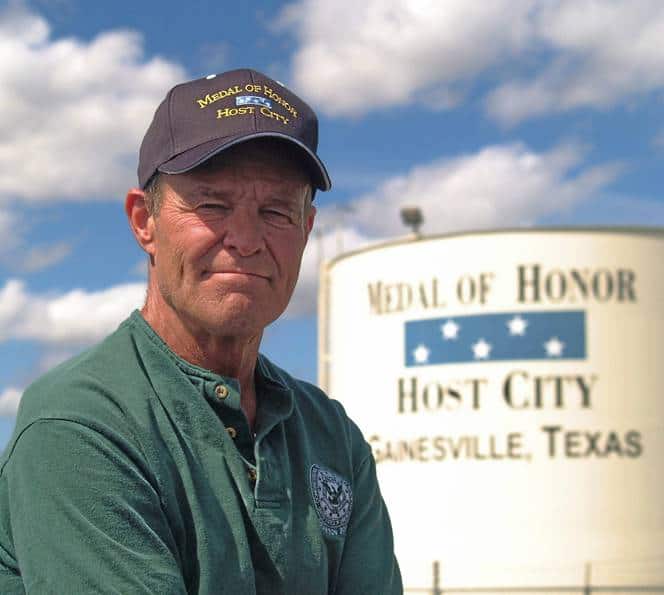 For conspicuous gallantry and intrepidity in action at the risk of his life above and beyond the call of duty. Sp4c. Baca, Company D, distinguished himself while serving on a recoilless rifle team during a night ambush mission A platoon from his company was sent to investigate the detonation of an automatic ambush device forward of his unit’s main position and soon came under intense enemy fire from concealed positions along the trail. Hearing the heavy firing from the platoon position and realizing that his recoilless rifle team could assist the members of the besieged patrol, Sp4c. Baca led his team through the hail of enemy fire to a firing position within the patrol’s defensive perimeter. As they prepared to engage the enemy, a fragmentation grenade was thrown into the midst of the patrol. Fully aware of the danger to his comrades, Sp4c. Baca unhesitatingly, and with complete disregard for his own safety, covered the grenade with his steel helmet and fell on it as the grenade exploded, thereby absorbing the lethal fragments and concussion with his body. His gallant action and total disregard for his personal well-being directly saved 8 men from certain serious injury or death. The extraordinary courage and selflessness displayed by Sp4c. Baca, at the risk of his life, are in the highest traditions of the military service and reflect great credit on him, his unit, and the U.S. Army.