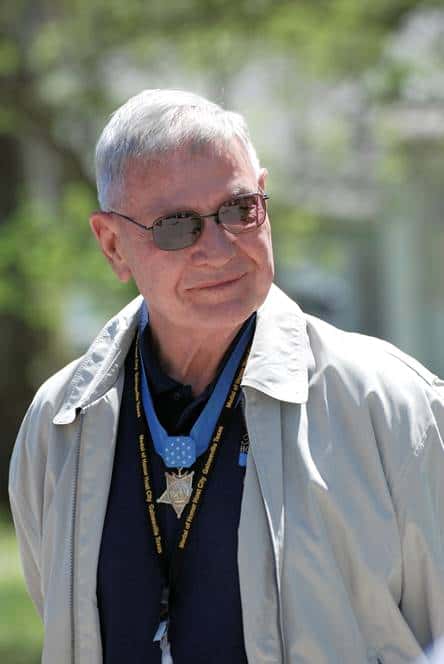 For conspicuous gallantry and intrepidity at the risk of his life above and beyond the call of duty while serving as a gunner in a machine gun platoon of Company E, in action against enemy aggressor forces. When an enemy grenade landed close to his position while he and his assistant gunner were receiving medical attention for their wounds during a fierce night attack by numerically superior hostile forces, Cpl. Dewey, although suffering intense pain, immediately pulled the corpsman to the ground and, shouting a warning to the other marines around him. bravely smothered the deadly missile with his body, personally absorbing the full force of the explosion to save his comrades from possible injury or death. His indomitable courage, outstanding initiative, and valiant efforts in behalf of others in the face of almost certain death reflect the highest credit upon Cpl. Dewey and enhance the finest traditions of the U.S. Naval Service.