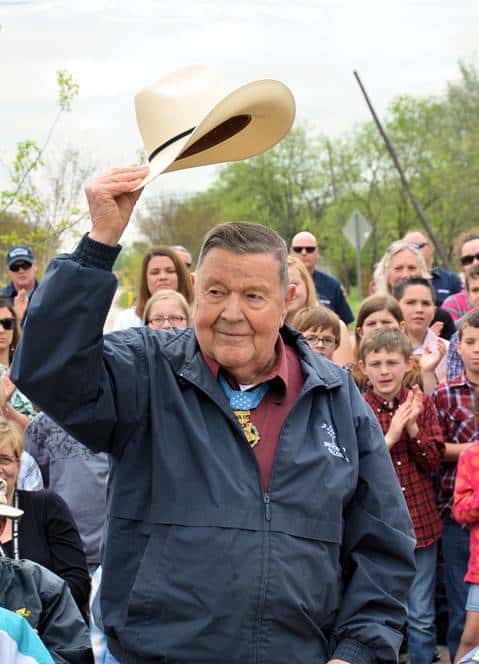 For conspicuous gallantry and intrepidity in action at the risk of his life above and beyond the call of duty. Lt. Col. Jackson distinguished himself as pilot of a C-123 aircraft. Lt. Col. Jackson volunteered to attempt the rescue of a 3-man USAF Combat Control Team from the special forces camp at Kham Duc. Hostile forces had overrun the forward outpost and established gun positions on the airstrip. They were raking the camp with small arms, mortars, light and heavy automatic weapons, and recoilless rifle fire. The camp was engulfed in flames and ammunition dumps were continuously exploding and littering the runway with debris. In addition, 8 aircraft had been destroyed by the intense enemy fire and 1 aircraft remained on the runway reducing its usable length to only 2,200 feet. To further complicate the landing, the weather was deteriorating rapidly, thereby permitting only 1 air strike prior to his landing. Although fully aware of the extreme danger and likely failure of such an attempt. Lt. Col. Jackson elected to land his aircraft and attempt to rescue. Displaying superb airmanship and extraordinary heroism, he landed his aircraft near the point where the combat control team was reported to be hiding. While on the ground, his aircraft was the target of intense hostile fire. A rocket landed in front of the nose of the aircraft but failed to explode. Once the combat control team was aboard, Lt. Col. Jackson succeeded in getting airborne despite the hostile fire directed across the runway in front of his aircraft. Lt. Col. Jackson’s profound concern for his fellowmen, at the risk of his life above and beyond the call of duty are in keeping with the highest traditions of the U.S. Air Force and reflect great credit upon himself, and the Armed Forces of his country.