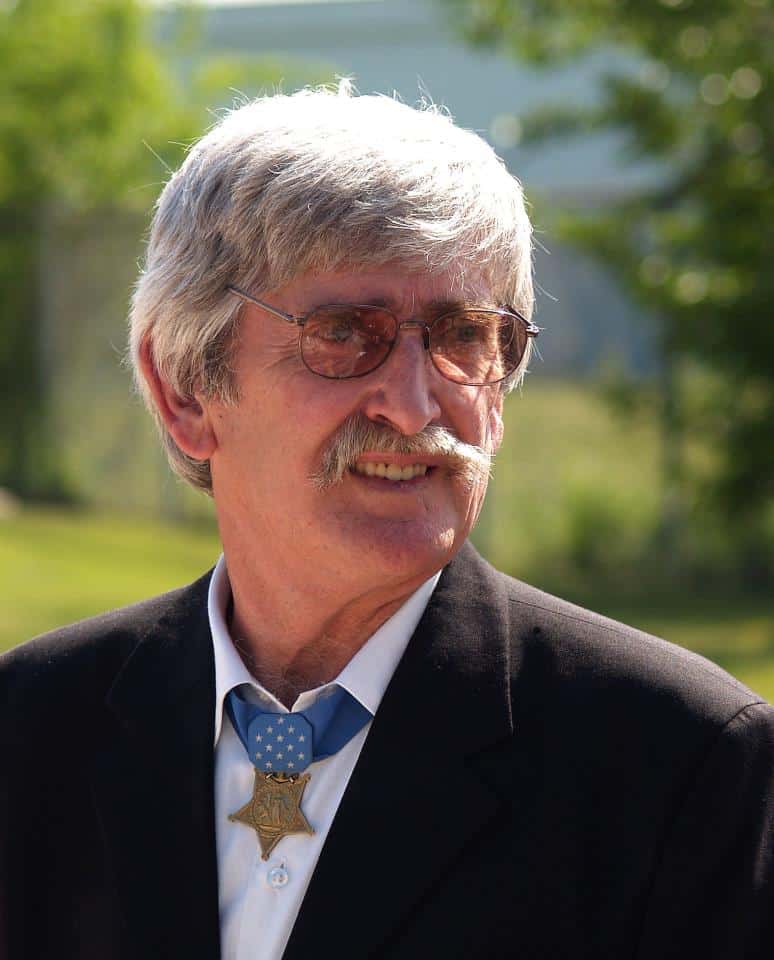 For conspicuous gallantry and intrepidity in action against the communist (Viet Cong) forces at the risk of his life above and beyond the call of duty. While leading his squad in the assault against a strongly entrenched enemy force, his unit came under intense small-arms fire. With complete disregard for his personal safety, Sgt. O’Malley raced across an open rice paddy to a trench line where the enemy forces were located. Jumping into the trench, he attacked the Viet Cong with his rifle and grenades, and singly killed 8 of the enemy. He then led his squad to the assistance of an adjacent marine unit which was suffering heavy casualties. Continuing to press forward, he reloaded his weapon and fired with telling effect into the enemy emplacement. He personally assisted in the evacuation of several wounded marines, and again regrouping the remnants of his squad, he returned to the point of the heaviest fighting. Ordered to an evacuation point by an officer, Sgt. O’Malley gathered his besieged and badly wounded squad, and boldly led them under fire to a helicopter for withdrawal. Although 3 times wounded in this encounter, and facing imminent death from a fanatic and determined enemy, he steadfastly refused evacuation and continued to cover his squad’s boarding of the helicopters while, from an exposed position, he delivered fire against the enemy until his wounded men were evacuated. Only then, with his last mission accomplished, did he permit himself to be removed from the battlefield. By his valor, leadership, and courageous efforts in behalf of his comrades, he served as an inspiration to all who observed him, and reflected the highest credit upon the Marine Corps and the U.S. Naval Service.