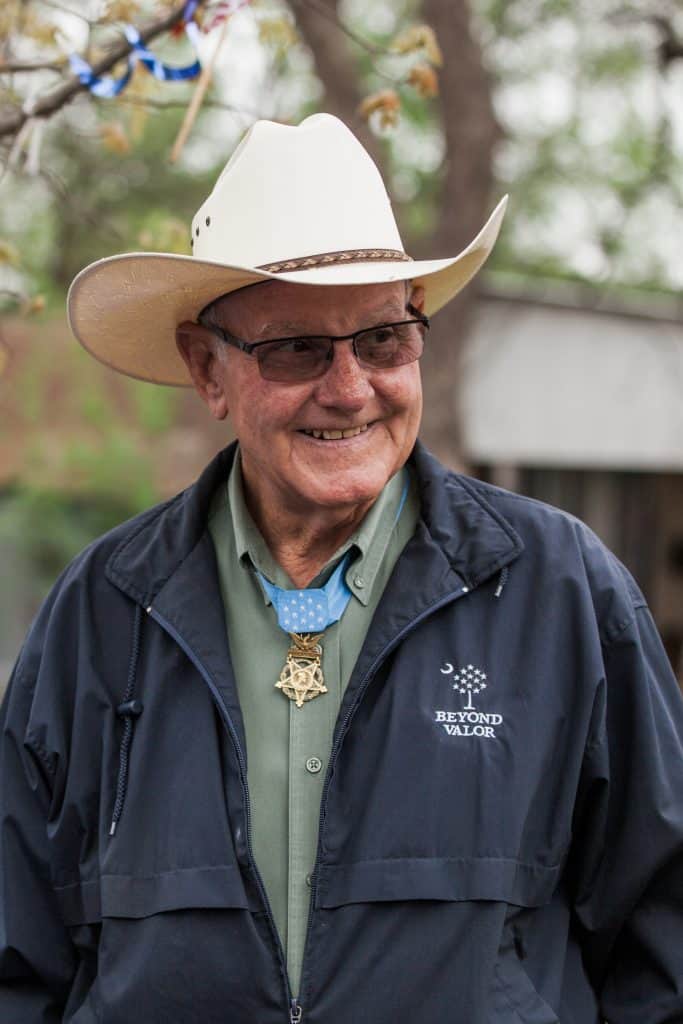 For conspicuous gallantry and intrepidity in action at the risk of his life above and beyond the call of duty. Sgt. Patterson (then Sp4c.) distinguished himself while serving as a fire team leader of the 3d Platoon, Troop B, during an assault against a North Vietnamese Army battalion which was entrenched in a heavily fortified position. When the leading squad of the 3d Platoon was pinned down by heavy interlocking automatic weapon and rocket propelled grenade fire from 2 enemy bunkers, Sgt. Patterson and the 2 other members of his assault team moved forward under a hail of enemy fire to destroy the bunkers with grenade and machinegun fire. Observing that his comrades were being fired on from a third enemy bunker covered by enemy gunners in l-man spider holes, Sgt. Patterson, with complete disregard for his safety and ignoring the warning of his comrades that he was moving into a bunker complex, assaulted and destroyed the position. Although exposed to intensive small arm and grenade fire from the bunkers and their mutually supporting emplacements. Sgt. Patterson continued his assault upon the bunkers which were impeding the advance of his unit. Sgt. Patterson single-handedly destroyed by rifle and grenade fire 5 enemy bunkers, killed 8 enemy soldiers and captured 7 weapons. His dauntless courage and heroism inspired his platoon to resume the attack and to penetrate the enemy defensive position. Sgt. Patterson’s action at the risk of his life has reflected great credit upon himself, his unit, and the U.S. Army.