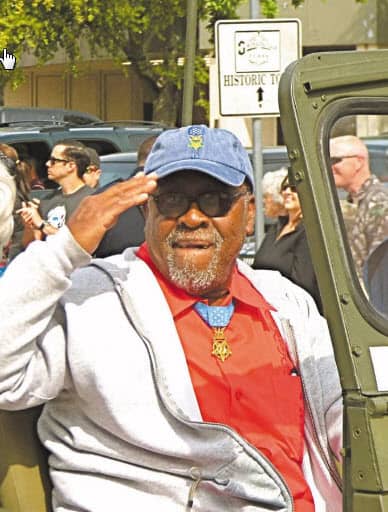 For conspicuous gallantry and intrepidity in action at the risk of his life above and beyond the call of duty. Sp5c. Sasser distinguished himself while assigned to Headquarters and Headquarters Company, 3d Battalion. He was serving as a medical aidman with Company A, 3d Battalion, on a reconnaissance in force operation. His company was making an air assault when suddenly it was taken under heavy small arms, recoilless rifle, machinegun and rocket fire from well fortified enemy positions on 3 sides of the landing zone. During the first few minutes, over 30 casualties were sustained. Without hesitation, Sp5c. Sasser ran across an open rice paddy through a hail of fire to assist the wounded. After helping 1 man to safety, was painfully wounded in the left shoulder by fragments of an exploding rocket. Refusing medical attention, he ran through a barrage of rocket and automatic weapons fire to aid casualties of the initial attack and, after giving them urgently needed treatment, continued to search for other wounded. Despite two additional wounds immobilizing his legs he dragged himself through the mud toward another soldier 100 meters away. Although in agonizing pain and faint from loss of blood, Sp5c. Sasser reached the man, treated him, and proceeded on to encourage another group of soldiers to crawl 200 meters to relative safety. There he attended their wounds for 5 hours until they were evacuated. Sp5c. Sasser’s extraordinary heroism is in keeping with the highest traditions of the military service and reflects great credit upon himself, his unit, and the U.S. Army.