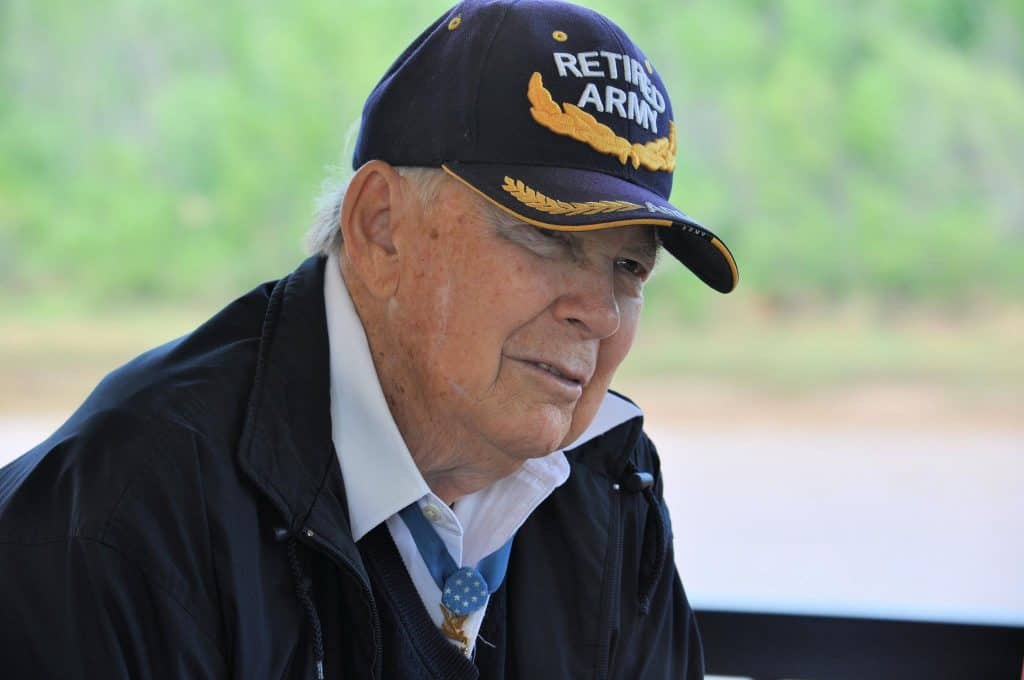 1st Lt. Stone, distinguished himself by conspicuous gallantry and indomitable courage above and beyond the call of duty in action against the enemy. When his platoon, holding a vital outpost position, was attacked by overwhelming Chinese forces, 1st Lt. Stone stood erect and exposed to the terrific enemy fire calmly directed his men in the defense. A defensive flame-thrower failing to function, he personally moved to its location, further exposing himself, and personally repaired the weapon. Throughout a second attack, 1st Lt. Stone; though painfully wounded, personally carried the only remaining light machine gun from place to place in the position in order to bring fire upon the Chinese advancing from 2 directions. Throughout he continued to encourage and direct his depleted platoon in its hopeless defense. Although again wounded, he continued the fight with his carbine, still exposing himself as an example to his men. When this final overwhelming assault swept over the platoon’s position his voice could still be heard faintly urging his men to carry on, until he lost consciousness. Only because of this officer’s driving spirit and heroic action was the platoon emboldened to make its brave but hopeless last ditch stand.